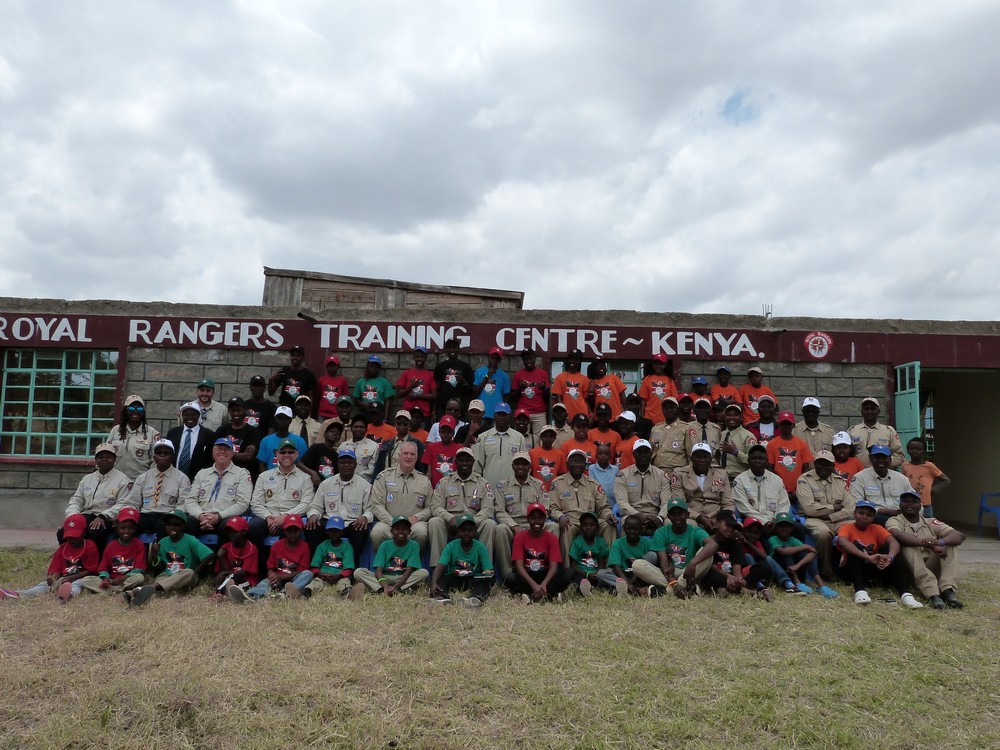 The Catapult700 project is delivering exciting results in the "Swahili Zone" of East Africa. Thanks to this special initiative, the first floor the Royal Rangers East Africa Training Center in Kenya, which can accommodate up to 88 people, was finished in early November 2018. The JR Gould Hall, a special dual-purpose dining and conference hall, was also completed. This building was named in honor of J.R. Gould, late missionary and district superintendent of Tennessee, who brought the Royal Rangers ministry to Kenya in 1999.

In November 2018, the newly opened center hosted a Royal Bridging Center (RBC) for boys, fulfilling a key goal of the Catapult700 project. During the event, boys from all over Kenya gathered for the alternative rite of passage ceremony. Interestingly, most of the boys were not part of the Assemblies of God or even associated with a church. Hearing about this alternative program provided by the church, parents enrolled their sons to keep them away from the traditional pagan rite of passage.

All the boys were taken on a special 2-week mentoring journey, and five unchurched boys gave their hearts to the Lord, which is the highest aim of the program. As one participant stated, “Before RBC I had a shallow understanding about life, but I thank God for this program because through mentors and facilitators we were imparted with valuable life lessons. This included victorious Christian living, good hygiene, life skills, and many other lessons that I will treasure for a lifetime. . . . I learned that a real man is defined by the level of his maturity. I also learned that maturity is the ability to accept responsibility for myself and others.”

The training center hosted a Royal Rangers National Conference and a National Men's Fellowship meeting in April and May 2019, respectively. In August 2019, the center hosted the 7th Africa Summit and a 20th Anniversary Celebration for Kenya with Royal Rangers national leaders participating from across Africa. In April 2020, the center will hold the first Africa-wide Junior Leaders training conference.

The Catapult700 initiative has allowed the Royal Rangers of Kenya to open new outposts in the interior of the nation and has allowed Tanzania to pilot outposts that will serve as models for the rest of the nation. Furthermore, Royal Rangers International is in dialogue with the Assemblies of God of Burundi to launch the ministry there. This is all happening as more and more resources become available in Swahili, the language used in East African nations. The Swahili translation team in Tanzania has already finished translating the essential merit lesson plans needed to start an outpost and is now moving into the next major phase—translating the Leader Manual. The project is opening an avenue for the remaining Swahili countries—Rwanda, Uganda, and eastern Congo—to join Royal Rangers as soon as they are ready.