Royal Rangers Alumni is an affiliate program of Royal Rangers that provides former members of Royal Rangers with continuing opportunities to serve and advance the mission of Royal Rangers without being actively involved in an outpost. RRA membership is open to any adult with prior experience in the program. The following information defines the role of the RRA program in Royal Rangers. Please note that since this program is primarily administered by your district some details may vary from those provided here.

Royal Rangers Alumni exists to support the ongoing mission of Royal Rangers by providing continuing opportunities for former Royal Rangers leaders and boys to provide service and support to the program without being directly involved in a Royal Rangers outpost. RRA members serve in a variety of roles in the district, such as:

RRA membership does not require approval by a church to serve as children or youth worker (the current standard for active Royal Rangers outpost leaders) but does require the completion of a criminal background check (performed by the district) and the endorsement of your pastor as a suitable example of Christlike character. The following represents the standard requirements that must be met to attain RRA membership. Contact your district leadership for any membership requirements specific to your district.

Membership in RRA must be renewed annually to remain active. The following represents the standard requirements that must be met to maintain active RRA membership. Contact your district leadership for any renewal requirements specific to your district:

Individuals who fail to renew their membership will retain their membership status but will be placed on an INACTIVE list and will be ineligible to serve at district events until renewed. RRA members who return to active outpost leader status and are approved by their church to work with children & youth will typically move to INACTIVE alumni status for the duration of the active outpost service (i.e. an individual may not be an active outpost leader and an active RR Alumni at the same time). The definition of active outpost status is left to the leader or outpost to determine and is generally not monitored or managed by the district. 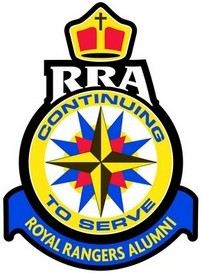