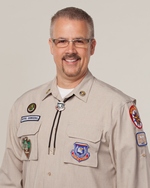 Karl S. Fleig has served as the national director of Royal Rangers since July 2014. Karl has been involved in Rangers since 1985, when he attended National Training Camp (NTC). Since that time he has served in multiple positions in the local outpost and on district staff for Royal Rangers. Prior to his present position, Karl served the Indiana District Council as the Christian Education and Men’s Ministries director for 13 years from 2001 to 2014. He pastored Bethel Assembly, Huntington, IN (1995-2001), and he pastored and youth pastored in Chicago, IL (1987-1995). He also youth pastored in Hallsville, TX and served a one-year MAPS assignment in the Southeast Pacific. Karl was credentialed by the Ohio District Council in 1985 and is a graduate of Central Bible College (1985) in Springfield MO. Karl and his wife, Cindy, have a daughter and two sons. 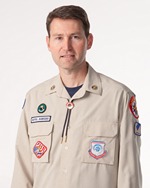 John has been involved in Royal Rangers since 1975 and has served as an adult leader in the local outpost for over 25 years.  John joined the national Royal Rangers team as Communications Coordinator in June of 2005 and assumed the responsibilities of the High Adventure magazine (replaced by Rangers NOW in 2008), national web site, and publications. Before joining the national team John served in various organizational leadership positions including District Training Coordinator, District Buckaroo/Straight Arrow Coordinator, Sectional Commander, and Area Commander, in the Arkansas and Southern Missouri districts. In July of 2010 John moved into his present role as Programs Coordinator where he oversees the development of Royal Rangers curriculum and program materials, including TRaCclub, the Royal Rangers online curriculum. John is a graduate of Missouri State University and has earned degrees in Financial Management and Information Technology.  He lives in the Springfield area with his wife and four children and is actively involved in his local outpost where he enjoys participating in Royal Rangers with his two sons. 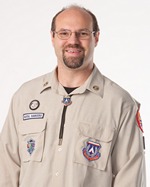 JR Whinery came to the national office from Northern California in February 2001 to assume the role of National Administrative and Office Manager. JR started in Royal Rangers as a Buckaroo and progressed through the program to earn his Gold Medal of Achievement award. JR held positions as Lt. Commander and Commander; he was on the sectional staff and district FCF Vice-President, he worked for seven years at the Rangers Store in Northern California. JR's duties at the national office include assisting with the organization of national events such as the annual Royal Rangers conference and oversight of products and supplies for the Royal Rangers program. 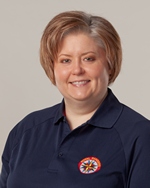 Sandra Blanchard moved from southern Arkansas to Springfield to attend Evangel University. In August 1999, she started working at The General Council. In June 2002 (right before Camporama), she moved to Royal Rangers. Sandra is the assistant to the national director. She continues to handles chartering, answers questions about starting new Royal Rangers outposts, and answers many other general questions about Royal Rangers. During crunch times, she will help with the boys’ award processing. She provides customer support for TRaCclub, the Royal Rangers online resource delivery system. She spends her free time baking, scrapbooking, teaching Girls Ministries, and following her favorite baseball team—the St. Louis Cardinals. She currently leads three groups of girls that keep her quite busy—Stars (5th grade / Wed nights), Friends (6th-8th grades / Sun nights), and Girls Only (9th-12th grades / once a month). 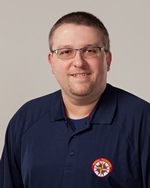 Gary has been active in his Royal Rangers Outpost since 2013 and joined the National Royal Rangers Office in September of 2014. He is responsible for registration and logistical support for all national training events. He also maintains all leader training records and processes applications for the Outpost Leader Advancement Levels (OLAL), Medal of Excellence (MOE), and Organizational Leadership Training (OLT).  Gary is a graduate of Missouri Southern State University and lives in the Springfield area with his wife Michelle and two daughters. 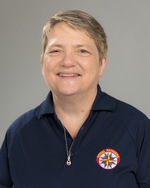 Cindy has lived in Springfield all her life except for five years, while she and her husband Rob lived in Florida and Georgia working with Teen Challenge, from 2010 to 2015. She started working in the Ranger office from 1995 through 2000 as the training assistant. In 2000 she decided to home-school their four children. In 2015, she came back to the office as the Medals Assistant, processing the boys’ awards. Cindy and Rob have 2 boys and 2 girls and a one-year old grandson, with another on the way. In her free time, she enjoys Church activities, sewing, and crafts.