Pathfinders Make a Way in Spite of COVID-19 and Cancellations

When Rangers have it in their hearts to serve, nothing will stop them from finding a place. This was the case for a Pathfinder team, consisting of members from Iowa, Missouri, and Tennessee, who were scheduled for a trip to Alaska in early August. About a week before the team was to leave, Delta Airlines canceled the return flight without another option to get the entire team home at the end of the trip.

For most, this would have been the end of the trip, but Pathfinder teams make a way where there isn’t one. Ron Harrison, the team leader, called me and shared that the team was all set to work but didn’t have a place to go. Since the Alaska trip fell through, he asked where inside the USA could they go? After a few calls, the team was heading to the National Royal Rangers Training Center in Eagle Rock, MO. 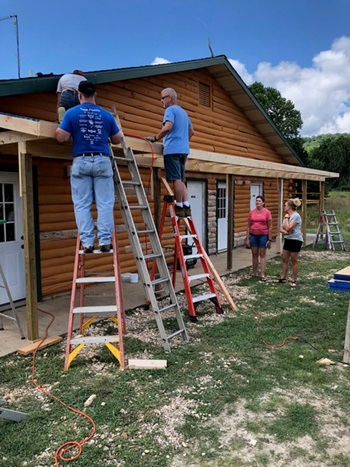 Normally, during this time of year, the facilities at Eagle Rock would be buzzing with camps, retreats, and guests. However, with the current pandemic, many groups scheduled for the summer had cancelled earlier in the year. This opened the door for the Pathfinder team to come and help complete some critically needed projects for the campground.

While there, the team was able to make repairs to Eagle’s Lodge, replacing rotted door posts, logs, and trim. They also constructed a porch on the north side of the Lodge to greatly reduce future exposure and decay. Many of the windows, doors, and other parts of the facility were given a facelift with new coats of paint and stain. The team purchased a new washing machine for the Lodge in addition to donating $4,000 to help with other repair costs. It was an excellent week of ministry and a much-needed boost to the staff and facilities at Eagle Rock. 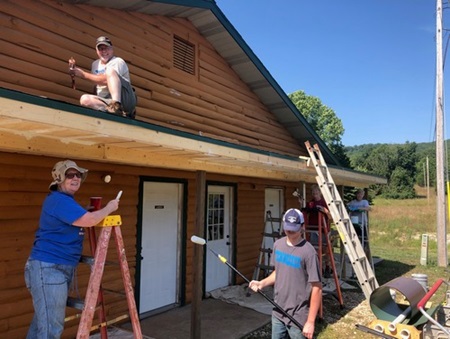 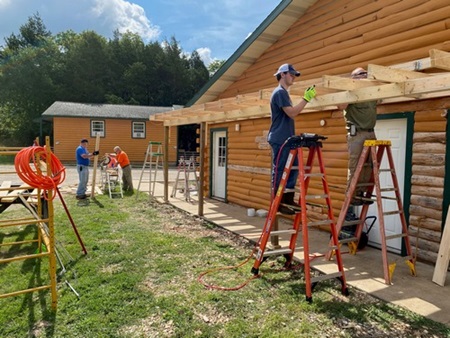 If you would like to be part of a team or bring your own team to Eagle Rock, this is a perfect opportunity to do so. The unique circumstances of this season have provided a lot of open time for a team to make a huge difference in helping Branden, our campground manager, take care of our incredible facilities. We are currently planning a Pathfinder trip to Eagle Rock in mid-October or early November. To schedule a team or to join one, contact Ron Harrison at 615-207-7004 or ron@harrisonlock.com.

Some areas of need: