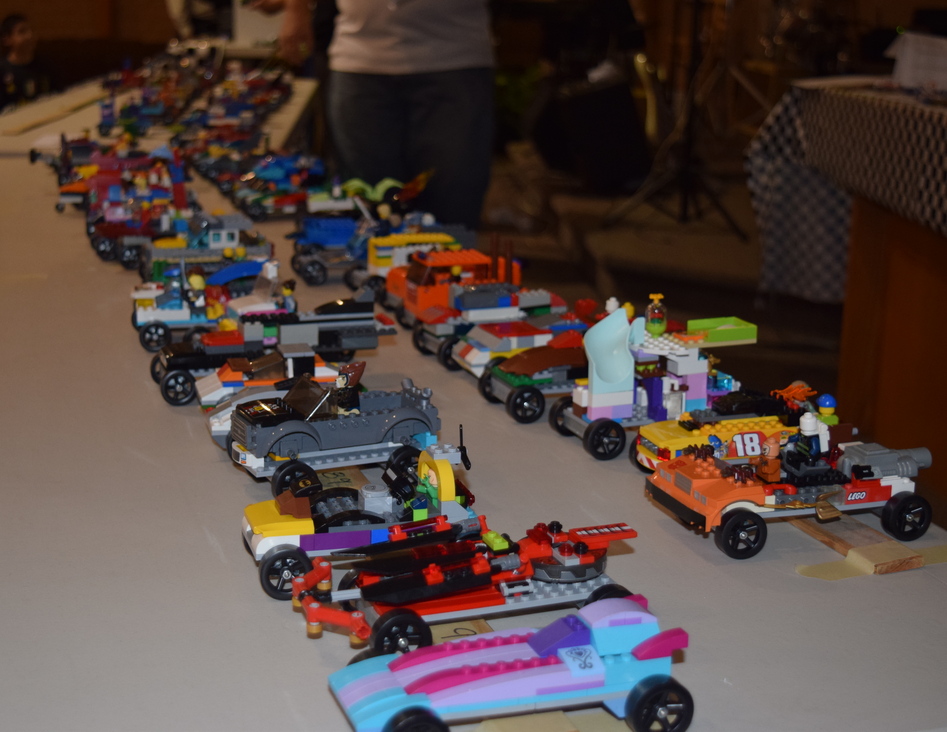 The traditional Ranger Derby in our local outpost and section has been a popular event with boys and girls, parents, and the community for decades. I have a lot of great memories of working with my four children building and racing cars together and of researching tips and tricks for how to make the cars faster and faster. One year I even built a car that resembled a canoe and named it “Carnoe.” It didn’t win any races, but it sure was a hit with the crowd and created lasting memories.

Along with the fun and mentoring opportunities, I also remember as a leader how much work it was to set up a workshop in the basement of our church’s Ranger cabin so we could build the cars with the boys. We had a design room, a cutting station, an axle and wheel installation area, and a paint booth. I also remember how some boys couldn’t make it on the scheduled Saturday to build their cars, so we had multiple work nights to “catch up” before the big race. Of course, there are also memories of some dads building the cars themselves and not involving their sons in the design and construction of the car, which really defeated the purpose of this activity and the opportunity to teach the boys skills while working alongside them.

In 2017, our outpost decided to think outside the box and try something a little different. Instead of the traditional Ranger Derby with the wood blocks and woodworking tools, we decided to host a LEGO® Derby. We got LEGO® base plates with axles and the four wheels attached. We gathered lots of extra LEGO® sets through donations, and the kids brought in their favorites from their home collections. 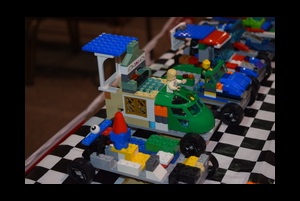 Instead of working on the cars ahead of time, we scheduled about two hours on race day to have the kids register and build their cars from start to finish. It was amazing to see the kids take ownership of their creations and come up with some really awesome designs. There was a buzz of excitement in the design room as their unique creations came to life! The excitement continued to grow as they saw their cars placed on the judging table for best design and on the racetrack to see whose car was the fastest. 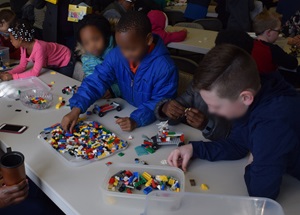 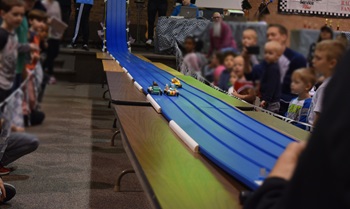 We also found it was a great way to have the kids invite their friends from the community, show up, purchase a kit, build their cars, and race it all in the same day. Of course, there was food and other activities, including an interactive devotion with opportunity for everyone to learn about Jesus Christ and accept Him as their Lord and Savior.

Overall, the transition from the traditional Ranger Derby to the new LEGO® Derby format has been a huge success for our outpost, church, and community. We’ve invited the Girls Ministries clubs to join in the fun. We have had a few Rangers that were not happy with the transition, so we’ve considered alternating event type from year to year or providing categories for both types of cars since the track and software are compatible with both. Whatever format you choose, keep thinking of creative ways to mentor your Rangers and keep things engaging, relevant, and fun!

This this article came out, we have had some interest in LEGO® Derby. Below is some information that Dwight Walters provided.

LEGO® Base Car Kit - includes base plate and axles and wheels

Each car is weighed in using the official race scale and inspected for the following inspection points:

• Must use the standard Lego Derby wheels and axles .

• Must have 3/8” clearance underneath the body so it does not rub on the track.