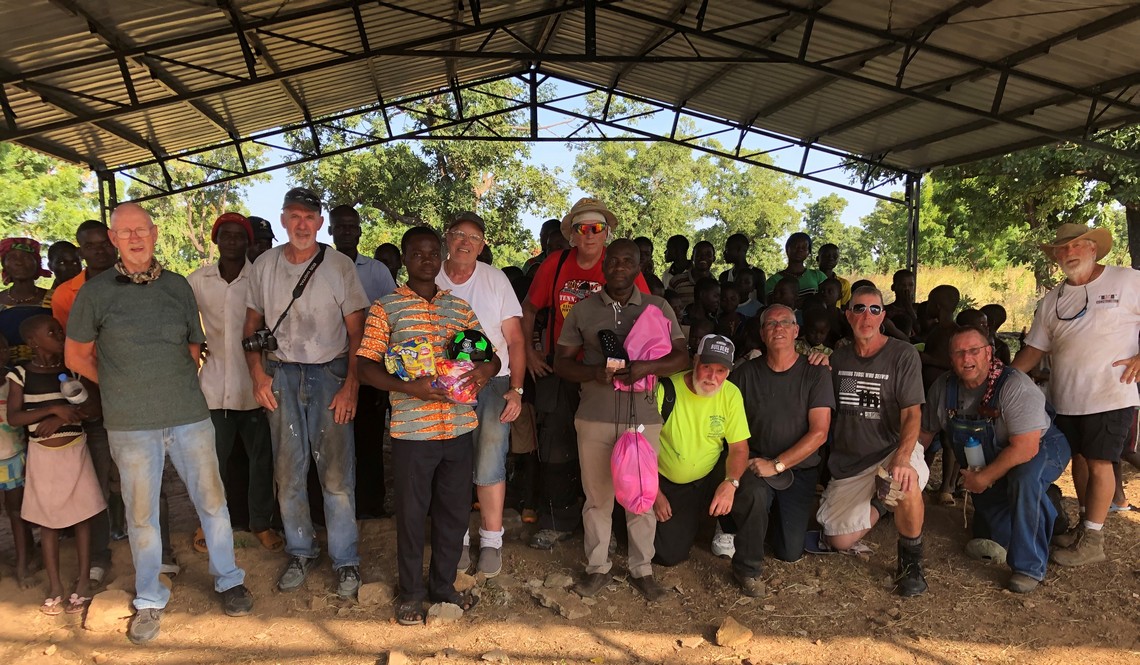 None of us ever dreamed what COVID-19 would do in 2020. As you know, all foreign travel from the United States has been shut down for much of the year, so this story dates back to 2019. I want to thank all of you for continuing to give to the BGMC Tabernacle project, and we will be able to build for the kingdom soon.

In November 2019, a Pathfinder team traveled to Togo, Africa to build three tabernacles. Tabernacles are like giant erector sets with dimensions of 35 feet by 46 feet. They are prefabricated in country and trucked to the site in pieces. The pieces can then be assembled with hand tools and completed in one day if the footers are preset.

Our building sites were three villages, located in the northern most part of Togo. Upon arriving in Lome, the team immediately began the hours of arduous driving to reach the villages. Since there is only one major road traveling north in Togo, it is used by many large, heavily loaded trucks, taking goods to the bordering country of Burkina Faso. You never know what to expect when traveling this road. The journey took us many hours and even required us to spend one night on the road.

The team was made up of nine men from five different states. The team could have easily been named “Old Guys in Togo.” The average age of the team members was 68, which confirms that you are never too old to serve on a Pathfinder team and that we need to get our young men involved in this life-changing opportunity. Each day these men were totally exhausted but very excited about what the next day held for them. Serving on a Pathfinder team builds flexibility, patience, and the ability to work together to overcome obstacles.

Many thanks to Bill Thomas out of Florida for preparing the three sites before we arrived and for driving us to these sites. These teams would not have been possible without our national laborers, DiDi and Abraham, serving as translators and leading work crews.

All of these tabernacles were sponsored by Royal Rangers outposts across the United States by giving to the BGMC Master’s Toolbox Tabernacle project. These are the first of many churches that will be built around the world because of the generosity of our boys and leaders.

This 2-year initiative was announced at the LEAD19 Conference, so the fundraising is coming to an end. It’s not too late to send in your donation for end of the year giving. Although the fundraising for the project will officially end in December, we will use the money that has come in to purchase tabernacles and send teams as soon as we are able to travel internationally again.