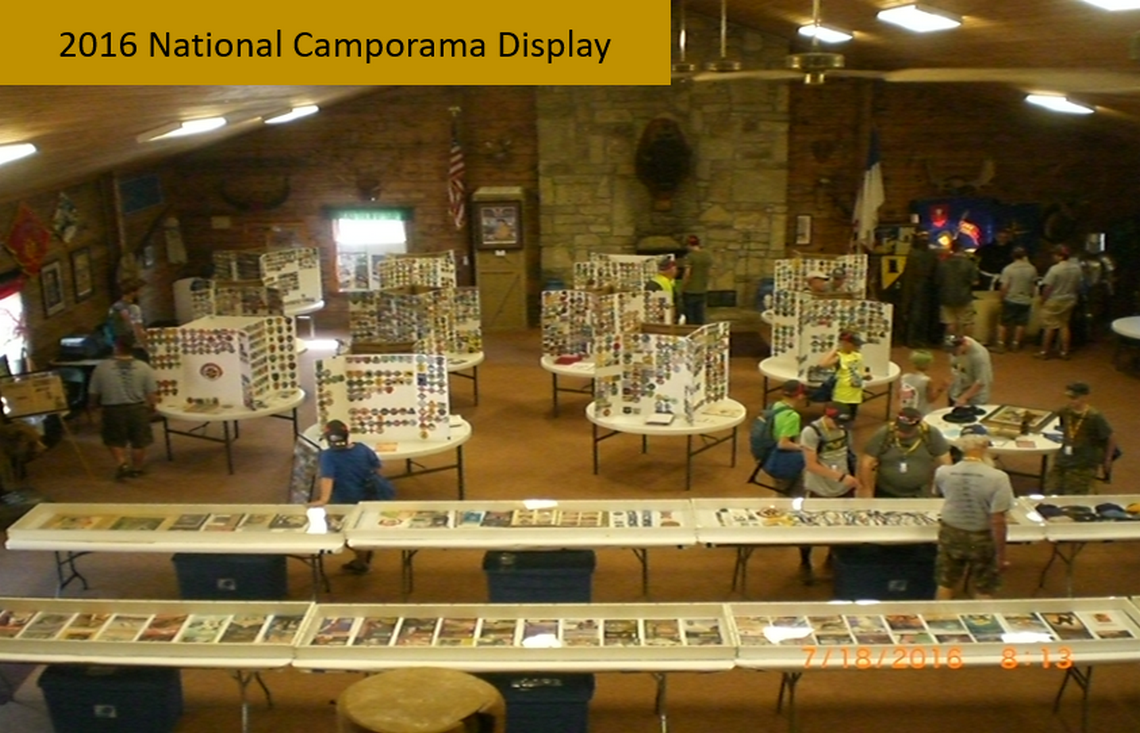 The average Royal Rangers leader may not know that the national office is actively preserving our history through physical donations of items to be displayed at Camporama and Rendezvous in the history museum and through digital resources that can be viewed at http://royalrangershistory.org/. Jonathan Trower and Mark Oliver began creating and populating the history website in 2012, which was Royal Rangers 50th anniversary. We partnered with Mark Craft in 2019 to collect and catalog all the physical items that are donated to Royal Rangers.

We wanted to share a little bit about each person and how you can be part of the digital or physical collections.

Jonathan Trower has been in Royal Rangers since 1969 as a boy and started hording Royal Rangers memorabilia. In 1975, he started patch trading at the Plainsmen Territorial Rendezvous. He currently serves as the district director for the North Texas district and previously served as South Central region coordinator.

His passion for Royal Rangers history prompted him to mention the desire to create a website to capture and share our history with others around the world to Mark Oliver. RoyalRangersHistory.org was created shortly thereafter. The Royal Rangers national office quickly endorsed this idea and assumed official ownership of the site. Jonathan and Mark continue to maintain it by scanning and photographing all of the history they can find, scouring the web for information, and soliciting contributions from Royal Rangers around the world.

Jonathan says, “It is important to capture this history while it still exists—digitally or physically.” He remembers sifting through the mountains of papers, magazines, sermon notes and ideas, etc. in his dad’s office after his passing. As he was throwing away materials, he was acutely aware of the fact that those materials had been of value to his dad and likely would be of value to others but were of no value to him or his siblings. Too often, that happens to the Royal Rangers materials in homes across America. They were valued by dad, but the kids see no value in it. Then, that history is forever lost. The RoyalRangersHistory.org site exists to help capture those items before they are lost forever. 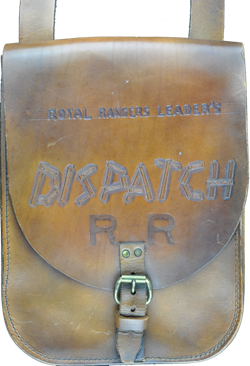 Mark Oliver has been in Royal Rangers since 1986. He started in Rangers as a Pioneer commander. Over time, he has served in a variety of local, district, and regional leadership positions, including outpost coordinator, district newsletter editor and webmaster, and regional public relations coordinator. He served on the committee that helped create the Leadership Training Academy in the early 2000s and has served on staff at several national training events.

Mark’s interest in preserving Royal Rangers history was sparked when Jonathan Trower mentioned the idea of creating a website to help preserve our history. Between the two, they started gathering scans of patches to have a digital representation of the national patch collection, currently maintained by Dade Massey (started by Alan Gell and Jim Carter). They also scanned of all sorts of manuals and documents from around the world.

Attendees at a National Camporama have an opportunity to view physical examples of these patches and manuals in the museum for a few days, but through the online site, they have the opportunity to really explore our history—from reading the first typewritten Leader Manual to early High Adventure and Dispatch magazines to powwow packets from the 1970s to present from around the country. The online site saves history from all levels of Royal Rangers—national, regional, district, section, and outpost. There is even an international area starting to get populated. 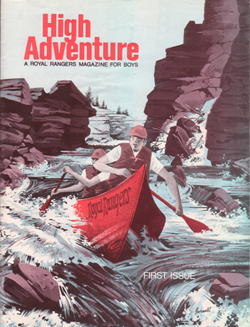 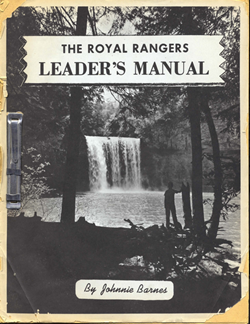 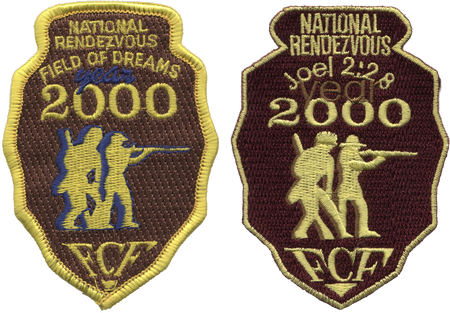 Individuals may donate items to the Royal Rangers History website by scanning them and sending a PDF file to history@ntxrr.org. If your scans are too large, Mark can provide a link to OneDrive or Dropbox where items may be uploaded. If you are not able to scan the items, we would encourage you to loan the items to the History website. Jonathan and Mark will do the work to scan or photograph the items and then return them to you.

Check out the site today and see what historical information you can contribute. Remember, today’s current items are tomorrow’s history.

Mark Craft became a member of Royal Rangers in 1982 as a Straight Arrow (kindergarten) because his parents were Straight Arrow commanders. I completed Royal Rangers with the Gold Medal of Achievement (GMA). The Royal Rangers ministry has always played a big role in my life and family. Most of my family came to know the Christ through the Royal Rangers. In fact, I gave my heart to the Lord at a District Ranger Derby in 1984. Today, I serve as the national FCF historian and a Ranger Kids leader at Outpost 6 in Dayton, Ohio.

Mark says, “I have always loved collecting Royal Rangers history and feel that these historical items ultimately tell a man’s or boy’s life-changing story. I believe that our experiences, both physical and spiritual, in this ministry create a strong connection to the era in which we participated. I have seen grown men reminisce with tears of joy while holding old program handbooks, listened to debates over whose GMA was harder to get, and watched a commander try to explain what it was like to be a Challenger.”

Over the past few years, many of our founding fathers have been called home to be with the Lord. Many of these did not articulate their wishes to family members of what was to be done with their old Rangers items, and sadly, much of our history has been thrown away. Also, a large amount of history has been abandoned in church storage rooms or lost due to outposts closing. Mark shares that earlier this year, a Minnesota leader uncovered an advancement display from the late 1960s. He was simply going to throw the outdated display out but instead decided to donate it to the national collection to be preserved for future generations to enjoy. 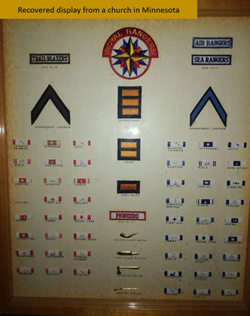 I asked Mark why is it important to save our physical Royal Rangers history? He said, “Though seeing is believing, the ability to touch history makes it real.” We are making a concerted effort to locate our ministries’ history to make it available for viewing at Camp Eagle Rock. Some of our major accomplishments thus far have been locating GMA #1 Dale Larson (donated for display: pictures, letter, uniform, and the first GMA medal); communicating with Ken Nash GMA #17 (donated for display: vest and photos); recovering 1960s era display (donated by Reed Cape); and the recovery of all historical Rangers artifacts from Camp Eagle Rock to be cataloged. (Many of these records are available for viewing at http://royalrangershistory.org/.) 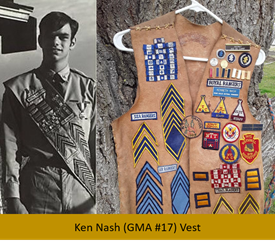 Many people have enjoyed the National Camporama Museum in the past. However, many would be shocked to know that many of those items seen on display came from personal collections and were not property of the Royal Rangers national office. It is our intent to change that and amass a national collection that is owned by the national office and is always available for future generations of men and boys to enjoy. We have come up with three ways in which you can help save our history.

#1 Donation: If you have any Rangers historical items that you would like to donate, please contact Mark Craft at fcfhistorian@gmail.com. We will discuss the items and where they fit in the national collection. We will discuss the turnover of historic items and catalog them so you will always be recognized for your contribution to preserving our Royal Rangers history.

#2 Donation in Trust: If you have Rangers items that you would like to donate to the national collection following your passing, arrangements can be made so that our history is not lost. If you would like more information on this option, please contact Mark Craft at fcfhistorian@gmail.com.

#3 Donation for Display: If you have a rare piece of Royal Rangers history that you would allow us to display during National Camporama or National Rendezvous, please contact Mark Craft at fcfhistorian@gmail.com. This allows you to retain 100% ownership of the item while the national collection gets to display items that would otherwise be missing.