I’ve long dreamed of scaling the heights of Mount Everest. Oh, to join the ranks of men like Sir Edmund Hillary, George Mallory, and Jim Whittaker! I marvel at the thrill of the adventure, the excitement of the chilly climb, and the exhilaration of reaching the summit. Alas, my current physical condition and snack cake intake indicate the fancy treadmill at the gym is a more realistic goal. (I did ride Expedition Everest at Animal Kingdom. Does that count?)

However, while the summit of Everest may not be in my immediate future, I still love to read the stories of those who have scaled its heights. One thing I’ve learned is the summit would not be obtainable if the right preparations were not made. Supplies must be acquired, the right team must be in place, and a plan of ascent must be established before the adventure can ever begin.

Even while scaling mountains, circumstances can arise requiring an adaptation of plans or causing a temporary delay that must be navigated and overcome. While these details are not the most exciting part of the story, they certainly are some of the most vital components for ultimate success. I am sure the exhilaration of reaching the summit makes all the tedious details and hard work worth it.

Three years ago, we began the awesome adventure of Catapult700. The summit of this God-given calling was to help complete the Royal Rangers East Africa Training Center in Kenya, translate the Royal Rangers global curriculum into Swahili, and see this incredible ministry launch at least 700 new outposts. Like scaling the heights of the Himalayas, this calling required the right preparations and provisions to see the summit reached. By God’s grace and through your faithful giving, we saw the funding come in miraculous ways, and we were off on the journey.

As the climb began, we hit some challenges that needed to be overcome—one was finding the right team of translators—but we kept climbing. Along this journey, we’ve seen incredible milestone moments that have encouraged us to keep moving forward. The training center has been completed and is already in use, ministering to countless young people along the path to true adulthood that God offers. An incredible team of translators, some of whom are Rangers themselves, has come together under the oversight of Andy Whitman, RRI missionary, and are moving ahead with great gusto. We have almost reached the 50% mark on the translation process. Most recently the team completed the translation of the Leader Manual, which for those who have read it know this was no small task. 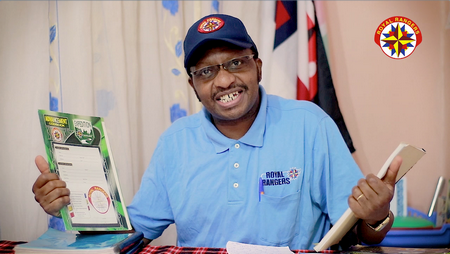 Now, with the progress of the Swahili translation, Tanzania has expressed interest in launching Royal Rangers. I can share that preparation is underway to introduce the ministry to this nation that annually plants churches by the hundreds, planting 10,000 churches in the past ten years. We can already see that the initial goal of 700 outposts will be met and surpassed quickly with the addition of Tanzania and other Swahili nations. 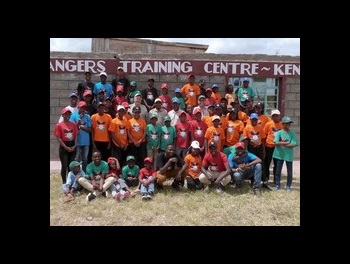 Even in the setbacks of floods and a pandemic, God is moving us up the mountain. Have we reached the summit? Not yet, but it is in sight, and together we will keep climbing. Will you continue to pray and believe with us for this mountain to be ascended and for young people throughout the Swahili zone to be reached and mentored for Jesus Christ?