I remember my first territorial rendezvous. It was held at Heartland Conference and Retreat Center in Marengo, Ohio in July 2005. Rick Dostal was the guest speaker, and at that time, he was the FCF national coordinator. This was the guy that knew it all, and he was here to tell us about it. 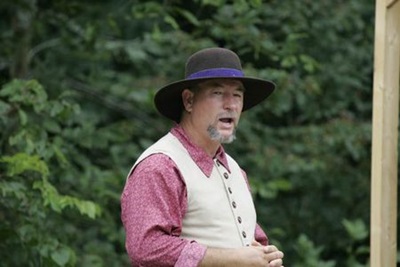 In my previous bio article, I wrote that I had been involved with Royal Rangers in the late ’80s and then stepped away from the ministry for a season. When I returned to Royal Rangers, another commander and his son went to the 2004 National Rendezvous, and I wasn’t allowed to go because I wasn’t a FCF member yet. I went to our chapter’s fall trace as a guest and joined FCF the following May 2005 at our spring trace. So now, here I was at the Voyagers 2005 Territorial Rendezvous with the FCF national coordinator, having the time of my life.

In 2005, I was new to the Frontiersmen Camping Fellowship, so let me set the scene as I remember it. The atmosphere was exciting. There were canvas tents everywhere I turned. I saw the bright, bold colors of the different outfits, and my mouth watered as I smelled the meals being prepared over outposts’ campfires. I saw craftwork and handmade items on display that I wanted to purchase. Then, I found I could acquire items from trade blankets, assuming I had something to trade. Sharing time around the council fire or even over my own fire was wonderful. Everything was over the top for me at this event. If I remember right, someone even brought his horse, and I’m not talking about that iron horse. 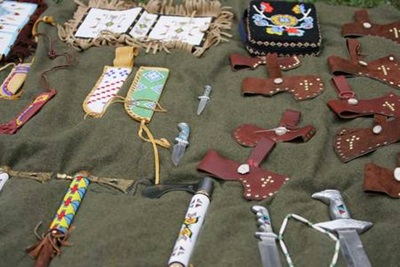 There were many events and activities to do during the five-day event, such as knife and hawk throwing, starting a fire with flint and steel, or shooting a black powder rifle or primitive bow. Since I was new to FCF, my outfit at that time was super simple, but I saw so many others who were fully outfitted. I couldn’t wait to begin assembling a full outfit myself. 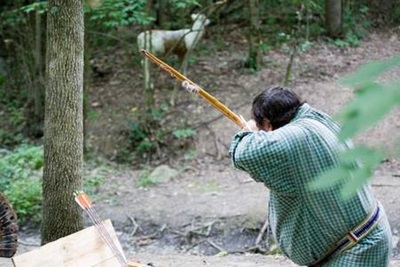 I saw blacksmiths tending their fires, hammering on a pieces of hot metal. What would it become? A new striker? A knife? I wasn’t sure, but I was mesmerized, watching every strike of the hammer against the metal. I saw leather craftsmen working on leather bags and leather-covered bottles. I saw a guy doing detailed scrimshaw on a powder horn. I remember two very distinctive things about these craftsmen. They would talk to you about everything they were doing, and they were willing to show you how to do it. What better way for a boy or man to determine what trade he wants to learn in FCF?

I didn’t know what to expect at my first territorial. There were a few things that I thought were really unique and special to this event. Someone took photos of individuals or groups in their outfits. This was a great souvenir of the event. There was a group that offered meals like a Traveler’s Inn. All you had to do was show up with your cup, plate, and utensils, and you could walk away with a full belly.

Like FCF events I have attended since then, this one had a company store. The guys that ran this store came with full-size marquee tents, stocked to the hilt with everything you could imagine and, in my case, period-based items I didn’t know anything about. There was clothing of all types with hats, shoes, belts, buttons, pins, beads, necklaces, and accoutrements. Accoutre what? What are accoutrements? They had tent stakes, flint and steel kits, tomahawks, knives, rifles, and smoothbore rifles. They had braziers (small charcoal fire pits), blankets, canvas buckets, and on and on and on the piles of items went.

After a great day of activities, we would have dinner and head off to the council fire to sing praise and worship to our God. We would hear a story about the frontier and a message that would draw us closer to God. During prayer time, the altars were filled with boys and men wanting to get closer to God. After the council fire service, we’d go back to camp to cook dessert like cobbler (my personal favorite being peach) and talk about the day’s events before heading off to bed.